The MSW conveyor at North Augusta’s Dirty MRF had broken down and upon inspection it was determined the only course of action for a permanent repair was to replace the tail section and 15’ of the MSW conveyor. The MRF was out of production and the repairs/replacement had to occur within the 48 hour window of the weekend.

Jason Sikes marshalled resources and began preparation of the work site that included the draining and clean-up of the conveyor pit and local area. The decking of the pit had to be removed, the pit washed out and debris removed. The weather conditions was of another challenging factor with temperature hovering at 9 degrees and the wind whipping through the roofed but open sided facility. 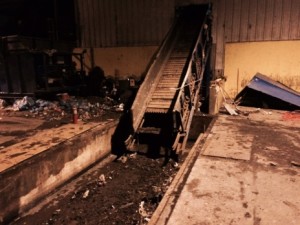 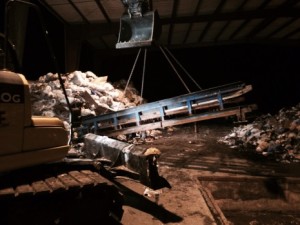 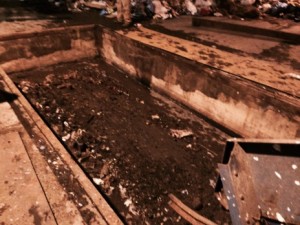 William Cooper arrives at the MRF with a crew to remove the existing conveyor section. The removal included the cutting of all floor attachments, removal of legs and removal of the chain weighing 80# per lineal foot all as the temperature continued to drop. The conveyor was removed, loaded on a trailer and transported to Andrews Metal four hours away in Andrews, SC.

The MSW conveyor was cleaned and the frame analyzed and work initiated for fabricating a duplicate conveyor using the existing conveyor frame as a template.

David Walters, Vice President of Andrews Metal, and the Shop Manager of Andrews Metal, began by measuring the main elements of the frame, drawing them in CAD and developing the bills of material. The structural members were released to the saw department and the program for the cutting table was downloaded. The balances of the components were then flame cut and formed. The components were then moved to the fabricating department where the unit was laid out, welded and assembled. A primer coat and final coat was applied to the conveyor and the unit reloaded for the return trip to North Augusta by 8:00pm. 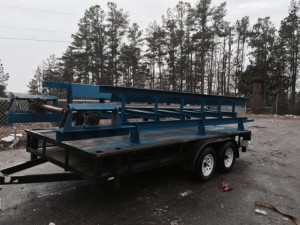 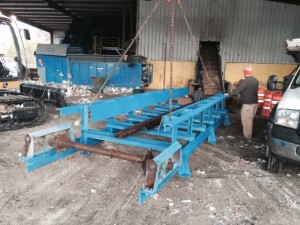 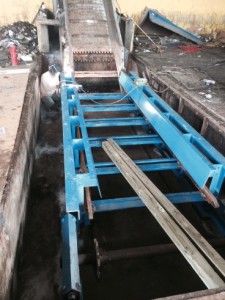 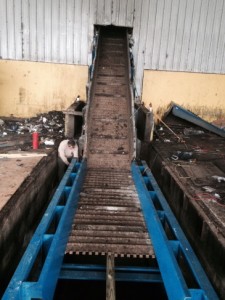 The cooperation of all parties and the results within the tight time frame is a reflection on the dedication of the Solid Waste Authority of North Augusta, Andrews Metal and MetalTech Systems.

The key individuals, William Cooper, MTS, David Walters, Andrews Metal and Jason Sikes, Solid Waste Authority oversaw all aspects of the project and ever mindful of the goal overcame the weather, lack of original equipment drawings and a tight time frame to produce a favorable outcome.

Richard Howard, Vice President MetalTech System, commented “when all parties in a stressful situation cooperate and agree on a goal nothing can prevent them from reaching their goal” “ The adversity of weather coupled with the nature of municipal solid waste made for significant challenges that all parties through cooperation and hard work ove