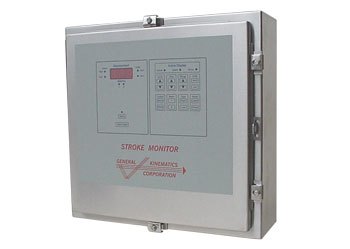 The Single Channel Stroke Monitor receives the analog signal from the Vibration Transmitter. The Stroke Monitor displays the stroke continuously, and monitors the stroke for under or over limits.   If either of the limits are exceeded for an adjustable time period, then the Stroke Monitor will indicate an alarm. The alarms can be tied to existing control equipment and can be reset locally or by remote signals.

The Multi-Stroke Multiple Channel Monitor works in the same method as GK’s Single Stroke Monitor. The difference is that the input and output capabilities are expanded to allow up to four (4) channels of Stroke to be monitored continuously.   Units can be set to monitor different masses, multiple machines, or any combination in between. Multi-Stroke systems can be supplied with new accelerometers or can be adapted to accelerometers located on existing equipment. 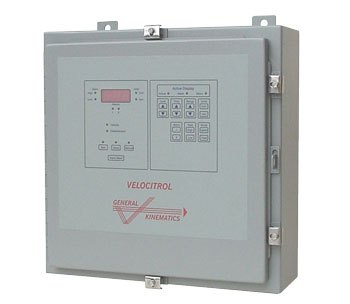 The Velocitrol is a complete system used to detect, display and control the velocity of vibratory equipment. This system consists of an industrial accelerometer, a pair of Vibration Transmitters, and the computer based display and control unit.   The Velocitrol is a PLC based controller that receives signals from two Vibration Transmitters. The Velocitrol displays the current velocity and adjusts a 4-20mA signal to a variable frequency drive to maintain a constant velocity.   The Velocitrol is capable of alternating between two velocity setpoints, which can be triggered by adjustable internal timers or by an external dry contact closure. The Velocitrol displays the stroke continuously, and monitors the stroke for under or over limits.   If either of the limits are exceeded for an adjustable time period, then the Stroke Monitor will indicate an Alarm. The Alarms can be tied to existing control equipment by the dry contact relays. All set points can be adjusted using the operator interface on the front of the Velocitrol. 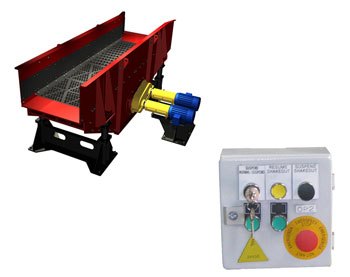 Designed to work with brute force / direct drive vibratory equipment with multiple in-line motors, the V2™ Variable Vector control system allows users to easily adjust the retention time or conveying speed by varying the vibratory action of the vibrating unit.   General Kinematics V2 variable vector control allows you to adjust material retention time with the push of a button. The easy to operate control system of the V2 utilizes vector based measurement to monitor and maintain the proper conveying angle for your process, as well as the ability to adjust travel speed to optimize material retention time. 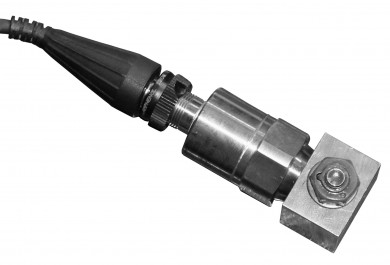 You didn’t think GK equipment could get any better… Now with the latest technology from GK – the upgraded Motion Detector Switch – it has. This new Motion Switch Detector is a direct replacement to GK’s mercury switch motion sensors, and is available in two options: 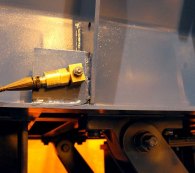 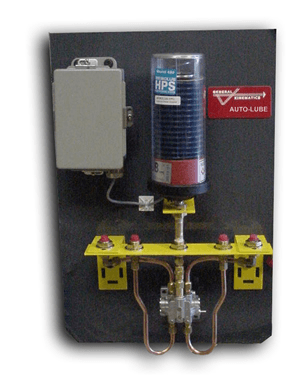 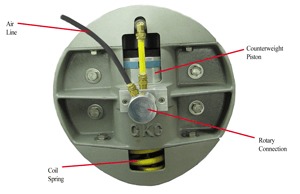 General Kinematics exclusive Variable Force (VF) wheels enable infinitely variable feed rates, providing up to 100% turn down. This is accomplished by varying the drive exciting force by instantaneously changing the pneumatically controlled counterweights inside. The VF Control permits “stop and resume” feed, even at minimum rates. They respond accurately to belt scales, load cells, or other feedback signals for precise proportional feed control. 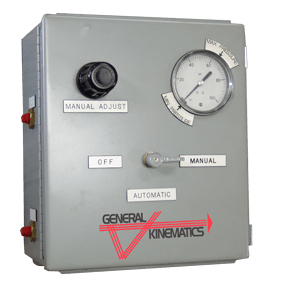 GK’s Electro-Pneumatic Control Boxes have been updated with the latest in technological advancements to control GK’s Variable Force (VF) wheel systems. Options Include: