The shingle recycling market has been dormant for years, but shifting pricing could be pointing to a resurgence of RAS.

Contractors in charge of paving America’s roadways have a delicate balance to strike during construction. The hot mix asphalt the roadway is comprised of has to be affordable enough to make financial sense for all parties involved while still being able to withstand everyday wear and tear.

Including recycled asphalt shingles (RAS) in the mix is a cost-effective solution for utilizing the asphalt cement present in these shingles that would otherwise be discarded. This helps producers save money on asphalt cement costs and reduces the dependency on foreign sources of oil.

Over the last several years, however, low oil and asphalt cement prices and concerns over the durability of using RAS in hot mix asphalt have combined to burden recyclers. Together, these factors have decimated the market, causing recyclers to have to stockpile inventory due to lack of demand.

WATCHING THE BOTTOM FALL OUT

When Southwind RAS was founded in Bartlett, Illinois, in 2009, Vice President David Stanczak says the company was intent on figuring out ways get its foot in the door of the growing RAS market.

In 2010, the company began processing and selling the material and was soon able to capitalize on the industry’s need for affordable mix material.

“The first few years we were just trying to get that market going and trying to break down the door for those wondering if RAS could be used in asphalt without having any issues or quality problems,” Stanczak says. “So, around 2010-12, we were just concerned about trying to gain market entry and get companies to use the product to see if it worked. Conversely, around 2013-14, many companies did begin to see that it could work well, and the price of asphalt cement was going up, so we had many customers switching over almost all of their mixes to use RAS. We really peaked around that time.”

The market for RAS was so strong during this period that Stanczak says his company began to run out of available inventory, forcing Southwind RAS to reassess the volumes it stockpiled. This boom was short-lived, however, as cooling asphalt cement costs and durability concerns began to surface.

He notes that as a general rule, when the price of asphalt cement begins to drop below $400 per ton, RAS becomes less attractive to contractors to use in their mixes. This is because the cost differential between RAS and virgin asphalt cement gets negated, making the savings potential of using RAS less attractive.

“The price of the asphalt cement, since that’s the product RAS gets swapped out for largely, is the biggest determiner of a company being able to sell RAS,” Stanczak says. “As the price goes up, it makes RAS look more attractive to the hot mix plant asphalt producers who are using the product.”

The price of asphalt cement began to drop around 2015, Stanczak says. Around the same time, state departments of transportation were dealing with concerns over cracking in roads where RAS was used.

“Asphalt cement prices began to go down, and there were concerns over cracks in the roadways that some people attributed to RAS right at the same time,” he says. “So, you had to try to convince the agencies that are specifying what concentrations of RAS can be used in the roadways that it can still make up a significant quantity of the mix, along with reclaimed asphalt pavement (RAP), without cracking”

Due to the combination of factors depressing the market for shingles, the demand for Southwind RAS’ products began to diminish, which caused the company to get more aggressive in its pricing to stimulate sales. Despite its efforts to remain competitive, the lack of interest across the industry over the past few years affected Southwind RAS, as it did most other recyclers, with large volumes of product left stockpiled and unaccounted for. 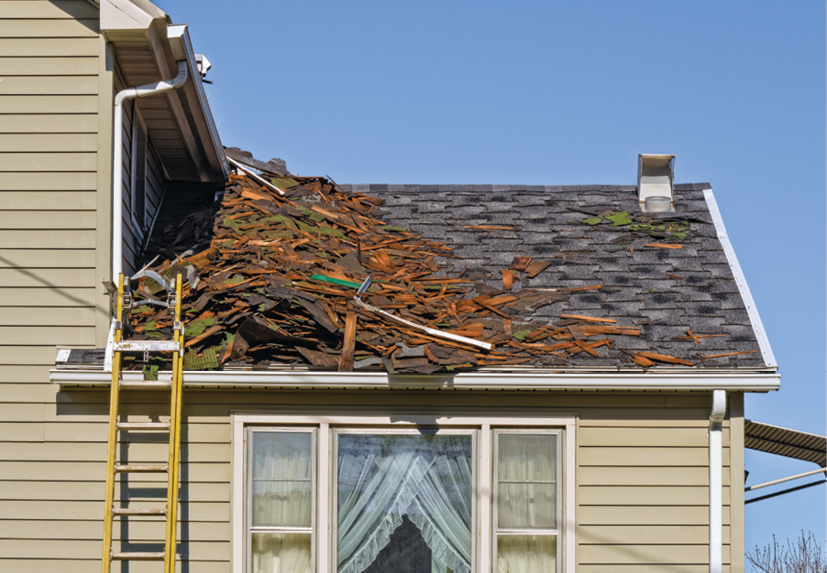 Although the demand for RAS has been subdued for several years, Stanczak says that the pendulum is beginning to swing in the other direction. Asphalt prices are now approaching, or in excess of, $500 a ton in many parts of the country, which has brought contractors back to the table.

“I’ve been talking with a lot of my customers, and with asphalt prices going toward that $500 a ton mark, they’re going to be more inclined to use RAS in some, or all, of their mixes. And with many people believing these prices are going to stick for next year, we’re more optimistic than we have been in quite some time.”

“Over the last few years, I feel like we’ve had to prove that RAS isn’t the problem with roads prematurely cracking,” Stanczak says. “It’s not a poor mix design, it’s more of a poor subbase that you’re paving on top of this that is contributing to reflective cracking more than anything. So, we’re just trying to get more people using this again for those who went to primarily a RAP mix when asphalt cement prices went under $400 per ton.”

According to Stanczak, Southwind RAS has been proactive in educating its customers on considerations for creating a more durable mix using RAS. He notes that asphalt cement present in RAS is different in formulation than that of virgin asphalt commonly used in hot mix asphalt. These nuances require contractors to make adjustments depending on the type of material they’re using.

Specifically, he says the company stresses responsible mixing by emphasizing the need for contractors to lower the performance grade (PG) of the virgin asphalt cement used in hot mix asphalt to a softer grade. That way, when the softer virgin-grade asphalt is incorporated with the stiffer RAS, it balances out and makes for a more stable product.

His company also advocates for the use of rejuvenators in mixes. Rejuvenators help adjust the overall asphalt concentrations in the mix to help it get back to the intended grade it needs to be for optimal strength and durability at a low price point.

“If a contractor is supposed to be using PG 64/22 in their area, for instance, they can use the virgin asphalt they select, with say a PG 58/28, and they can use RAP and RAS and then incorporate rejuvenators to get back to the intended grade of PG 64/22,” he says. “Rejuvenators will allow contractors to use higher levels of binder replacement in their mixes, as well as higher concentrations of RAP and RAS, while still making a comparable mix that is as good, if not better, than mixes with lower concentrations of RAP and RAS.”

He notes that recyclers are currently working to convince industry agencies that these rejuvenators are both effective and safe since they “can provide comparable or better-quality asphalt at a lower price to benefit both contractors and the states in which they work.”

Stanczak says that Illinois has implemented what is known as the Illinois Flexibility Index Test (I-FIT), which is a test used to determine how susceptible asphalt mixes are to premature cracking. He notes that while this test may dissuade some contractors from using RAS in their mix because of the potential for failure, it simply underscores the need for contractors to understand the dynamics of proper mix concentrations. As the Federal Highway Association pushes other states to adopt similar testing, Stanczak says that his organization is working with these agencies to educate the industry on ways to incorporate recycled materials in a way that saves money, enhances structural integrity and promotes the use of sustainable materials.

He says that the recycling industry can do its part to promote the use of RAS in mixes by focusing on producing a quality, homogenous product that end users can rely on.

“We always strive, and we push the industry to strive, to make quality a priority,” Stanczak says. “That’s making sure that your end product is consistent for that end user. There can’t be variations or gradations. You need to constantly be testing your products to know what you’re giving to your customers.”

Beyond use in roadway construction, RAS is finding a promising alternative market in dust control applications, Stanczak says. Thanks to the glut in the recycled shingle supply, recyclers have been willing to sell RAS for cheaper, which has helped generate interest in this niche market.

“What I’m hearing is that there is a market for selling RAS for dust control over normal aggregate,” he says. “People are blending RAS with aggregate or even RAP on local roadways. They might have to pay a little bit more to get a product with RAS and stone in it together, but it’s providing a big benefit of preventing dust from being kicked up around businesses or homes. Recyclers used to not want to sell their product for dust control because of the lower prices it brings, but with the shifting market, this is an area that can open up.”

Nobody can predict how the shingle recycling market will fare in the coming years, but Stanczak says that all indicators point to renewed interest in RAS continuing into 2019—which should be music to the ears of those recyclers that have been stuck on the sidelines waiting for an opportunity to unload long-stagnating inventory.

“I think shingle recyclers across the nation are in the same boat. Everybody that has been in this industry for as long as we have has piles of shingles that they’re looking to get rid of,” Stanczak says. “And people have gotten more competitive with their RAS pricing as they’re looking to move significant quantities, so that is making this market more attractive. With the lower cost of RAS and escalating asphalt pricing, I think everybody should be able to capitalize on this market leading into next year.”

The author is the editor for Construction & Demolition Recycling magazine and can be contacted at aredling@gie.net.