General Kinematics is renowned around the world for solving unique process challenges. So when a South American fertilizer manufacturer called with a unique problem they were experiencing, GK accepted the challenge. Bags of different types of fertilizer were being shipped from their main headquarters in South America. The 25 kg. (55 lb.) bags were put on pallets and then stacked. Subsequently they were moved to the ship and sent to their regional centers around the world. Therein lied the challenge. During shipment, the fertilizer would consolidate and crystallize or lump. With varying temperature extremes and changes in moisture during transit, the fertilizer would form into unbreakable shapes within the bags. Currently, the only way to break up the fertilizer was to pound the bags on the ground and at least break it up into lumps. Customers were rejecting material by the tons. Something had to be done. 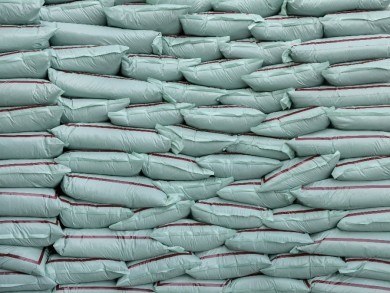 Even in Saudi Arabia, the bags of fertilizer arrived at the regional centers solid as a board. Once broken up, it would free flow again so General Kinematics was challenged with using vibratory action to break up the fertilizer while still in the bag.

Custom designed to the application, the General Kinematics VIBRA-BUSTER™ unit was proposed. This unit would utilize General Kinematics’ Two-Mass natural frequency technology and apply very high G’s to the material. GK was challenged to not only break the lumps but also not mar the bag lettering with safety statements and logoing (if the bags came in contact metal they would erase). Special polymer liners would be used so the bag touched nothing else.

General Kinematics VIBRA-BUSTER™ unit featured controls that reduced vibration to facilitate movement of the bags down the shoot. The unit would receive six bags in a series in each shoot with upstream indexing equipment supplied by others. When the bags of fertilizer were in place, the accurate closed and the cycle would begin. The intensity and vibration changes were based on the variable vibration intensity and variable resonance time for the different fertilizer materials. (The lowest being 30 sec. and highest 3 min.) With a 30-second feed rate and 30 seconds of discharge, the unit would move material through at a steady pace to process the bags of fertilizer effectively. Additionally, the VIBRA-BUSTER™ featured a complete set of controls – HMI Interface, variable frequency, remote automated controls – all to easily communicate with additional equipment upstream and downstream.

After initial test runs, the customer requested measurement of the percent of material retained on a 10mm screen as well as the percent of material less than 10mm that was maintained on a 3mm screen. With the most difficult fertilizer, 0.64% was retained on 10mm screen and 0.018% was retained 3mm screen thereby showing the capability and success in breaking down the fertilizer with vibratory action.

Applicable to more than just fertilizers, the VIBRA-BUSTER™ is a unique solution for any type of material that can harden and cake. After the use of vibratory technology, materials can again be free flowing with appropriate product size distributions. 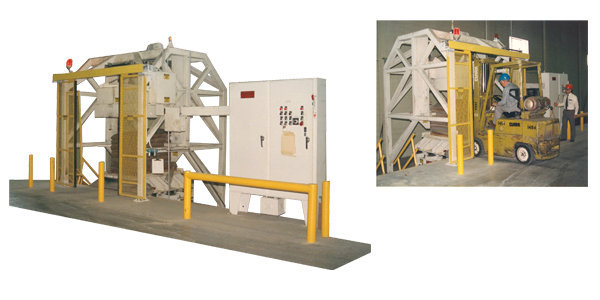 The General Kinematics VIBRA-BUSTER™ Vibratory Lump Breakers breaks up settled material through vibratory activation. From a single bag to an entire pallet of material, the VIBRA-BUSTER™ energizes material to separate clumps and settlement without product degredation.

The shingle recycling market has been dormant for years, but shifting pricing could be pointing to a resurgence of RAS.…